From July 2013 to July 2014, Marieke Hopman conducted a study on the meaning of the concept of “childhood” in relation to child soldiers in Rwanda and the Netherlands. Below you find all blogs related to this study, from the first to the last entry. Results of this study can be found in the MA thesis “Childhood and children’s rights”.

More results from previous research! Today their UN Children's Rights Committee has presented their concluding observations on the OPAC (child combatant) situation in the Netherlands.

They conclude, based on the OPAC report that we wrote for Defence for Children and Unicef, which was based on my MA thesis findings, that:

"The Committee is concerned that children as young as 15 years of age who are enrolled in the Security and Skills (VeVa) vocational course are subjected to harsh mental and physical training modules that may be harmful to their health and development."

The UN Committee on the Rights of the Child has expressed concerns with regard to military education of minors in the Netherlands, especially with regard to the vocational programmes VeVa (“Veiligheid en Vakmanschap”). This practice has been questioned by the Dutch Coalition of Children’s Rights in their OPAC report, published September 2014. As a result of this report, the UN Committee for the Rights of the Child has drafted a “list of issues”.

This list of issues consists of ten points for which the Dutch government has to answer to the committee, before march 2015. The third issue, on the military vocational military education VeVa, is extensive; the Dutch government is asked to provide information on, amongst others, the content of the program, the military internships and the suitability of the guidelines used for children.

There are approximately 2500 students currently in the VeVa program, of whom most are under age 18. The Dutch children’s rights coalition has expressed concerns on these issues in the OPAC report. They are especially concerned with the military self-defense and mental training courses, for which the teacher’s manuals are the ones used for military training of both adults and minors. Research conducted by the coalition raised suspicion that these practices are regularly unsuited for minors.

The issues has already raised some concerns among the Dutch community and received some media coverage. Whether the expressed concerns by children’s rights organizations and the UN will have some effect on Dutch government policy is still uncertain. The issue will hopefully not be disregarded by the Dutch Ministry of Defence, but rather be seen as an opportunity to improve the military education programs. The OPAC report does conclude, after all, that there are certain benefits to this kind of educational program, provided that it does not have an adult military character.

The issue is a direct result of Marieke Hopman's Research on Childhood and Children's Rights. 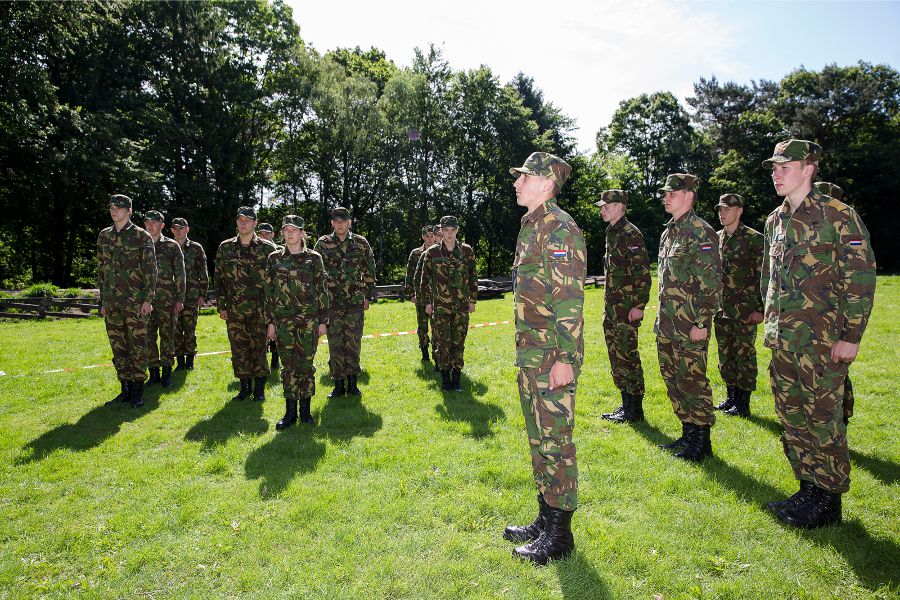 Some very good news; the ministry of Defence has changed the minimum age for all General Military Courses (AMO) and all General Military Airmobile Courses (AMOL) in the Netherlands. This is a direct result of Marieke Hopman's MA research on children's rights and the 2014 OPAC report by the Dutch NGO Coalition for Children's Rights. Until recently the minimum age for starting these courses were age 16 and 6 or 9 months. As soon as someone enters either of these courses, they are officially employed by the military. Which means that these minors might be defined as "child combatants". This practice is clearly against both domestic and international legislation.

The change did not require a change in law, since the policy of recruiting those below age 17 for mililtary courses aspiring mililtary officers was already against domestic law. The original OPAC report on the issue argued as follows;

In the OPAC report, the coalition recommended to the Dutch government to "ensure that only persons of seventeen years and older on the military courses for aspiring military officers are admitted". They have taken over this recommendation quietly , which can be seen on the ministry of Defence recruitment website (see picture).

This is of course a small step in the right direction. Next on the agenda: develop and implement specific guidelines for the military education of minors! To ensure that minors are not treated as adult recruits, for example by making sure no minors are beaten up during any exercise. 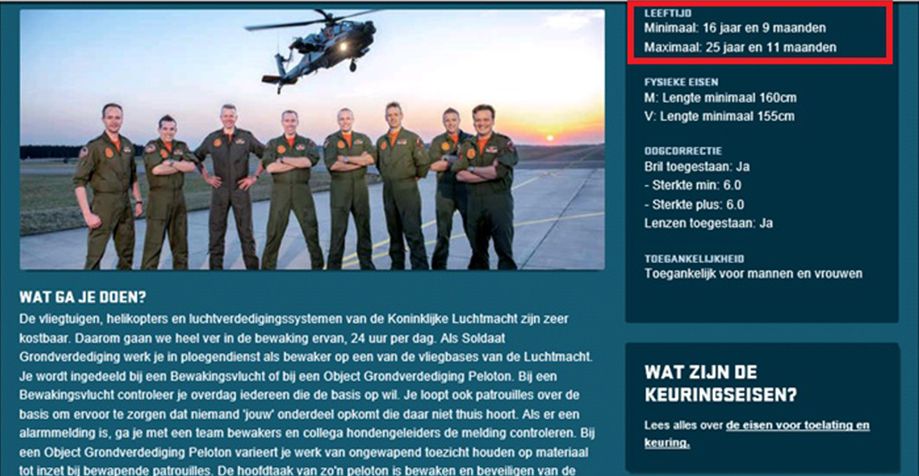 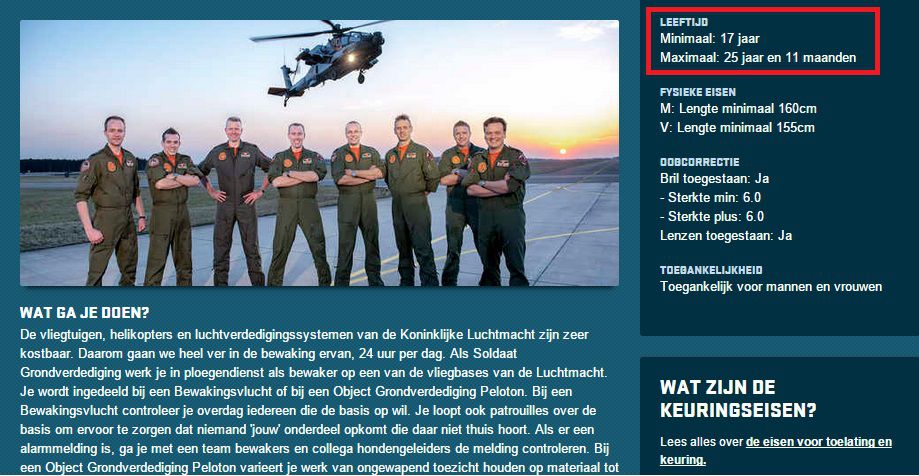 Children’s Rights Research
This email address is being protected from spambots. You need JavaScript enabled to view it.

Fund
The Children’s Rights Research Fund supports research that aims to improve the living conditions of children all over the world.
More information

Enter your email address to subscribe for the latest updates about our research projects.